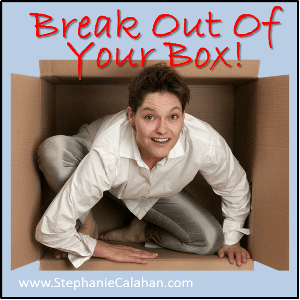 “Nothing is as hard to do gracefully as getting down off your high horse.” ~ CourtneyWilding ~

Often we do it when we aren't thinking about it.  We create opinions about our systems and processes and convince ourselves that it is the only way to do something.  We have climbed onto our “high horse” and have a really hard time coming down.

These self-limiting states of belief can be bad if we let them take over, however.  “Whole generations of people can believe something is impossible until one person breaks through and proves them wrong.” (Chris Voss)  Throughout our history, there have been some amazing predictions about the future that at the time did not seem so amazing.  Someone would state what they believed to be true and others would agree.  Now, only with time passing do we understand how limiting their belief systems were!  [You don't think the world is flat do you?]

Today I share some of my favorite “expert” statements that have been proved to be incorrect.  As you read through them, consider which of your belief statements might be wrong and what you could accomplish if you got off of your “high-horse.”

“That virus is a pussycat.”
Dr. Peter Duesberg, molecular-biology professor at U.C. Berkeley, on HIV, 1988.

“If I had thought about it, I wouldn't have done the experiment. The literature was full of examples that said ‘you can't do this'.”
Spencer Silver on the work that led to the unique adhesives for 3-M “Post-It” Notepads.

“With over fifteen types of foreign cars already on sale here, the Japanese auto industry isn't likely to carve out a big share of the market for itself.”
Business Week, August 2, 1968.

“Everyone acquainted with the subject will recognize it as a conspicuous failure.”
Henry Morton, president of the Stevens Institute of Technology, on Edison's light bulb, 1880.

“It is apparent to me that the possibilities of the aeroplane, which two or three years ago were thought to hold the solution to the [flying machine] problem, have been exhausted, and that we must turn elsewhere.”
Thomas Edison, American inventor, 1895.

“There is no reason anyone would want a computer in their home.”
Ken Olson, president, chairman and founder of Digital Equipment Corp. (DEC), maker of big business mainframe computers, arguing against the PC in 1977.

“But what… is it good for?”
IBM executive Robert Lloyd, speaking in 1968 microprocessor, the heart of today's computers.

“There is practically no chance communications space satellites will be used to provide better telephone, telegraph, television, or radio service inside the United States.”
T. Craven, FCC Commissioner, in 1961 (the first commercial communications satellite went into service in 1965).

“To place a man in a multi-stage rocket and project him into the controlling gravitational field of the moon where the passengers can make scientific observations, perhaps land alive, and then return to earth – all that constitutes a wild dream worthy of Jules Verne. I am bold enough to say that such a man-made voyage will never occur regardless of all future advances.”
Lee DeForest, American radio pioneer and inventor of the vacuum tube, in 1926

“This ‘telephone' has too many shortcomings to be seriously considered as a means of communication. The device is inherently of no value to us.”
A memo at Western Union, 1878 (or 1876).

“While theoretically and technically television may be feasible, commercially and financially it is an impossibility, a development of which we need waste little time dreaming.”
Lee DeForest, American radio pioneer and inventor of the vacuum tube, 1926.

“The world potential market for copying machines is 5000 at most.”
IBM, to the eventual founders of Xerox, saying the photocopier had no market large enough to justify production, 1959.

“If anything remains more or less unchanged, it will be the role of women.”
David Riesman, conservative American social scientist, 1967.

I love these statements because they remind me to look closely at the things I say to myself and others.  I'm reminded to think outside of the box.  Heck!  Can you imagine the position IBM would be in if they had gone with even one of the 2 items above they rejected—microprocessors and copy machines?

I realized that great innovators are at risk too!  Note that Edison's invention of the light bulb was questioned, but that in 1895 he questioned the airplane.

The ladders that we climb to get on top of our “high horses” can sometimes be stable and helpful (like that of the 3M inventor) and sometimes be a crutch that keep us from something greater.  What do yours say to you?

Which of these most spoke to you?  Do you have one I did not mention?  What observations did you make?  I'd love to hear your thoughts.

May you trash your limiting beliefs today!

Stephanie works with service-based entrepreneurs, visionaries and all sorts of remarkable people who are experts in their field to live and work with intention, shift their mindset towards possibility, catalyze their personal performance, leverage their brilliance, and optimize their business with power, ease and joy; so they can up-level their profits, make a powerfully positive difference in the world and enjoy a life-loving, highly-successful and meaningful life of guilt-free freedom. When she is not working, she can be found singing at the top of her lungs, laughing, enjoying nature, reading for fun and spending time with her family, friends and dog, Danny.

Explore working with Stephanie | Book Stephanie on your show!

« 6 Areas of Your Business Life That You MUST Have Flow to Make More Money (Be Like Bamboo)
No Space for a Home Office? Try These Creative Solutions »

Keys to Get More Traffic by Sharing Powerful Testimonials 8 Ways to Help Everyone You Come in Contact with Feel Important, Special and Loved Do You Have the Courage to Release the Familiar and Claim Your Power? What Are You Allowing Yourself to See? The Pricing Battle: Charging for Your Time or Charging for Results/Value Coaches: The #1 Thing You Might be Doing that is Derailing Your Clients 8 Ways to Get More Speaking Gigs 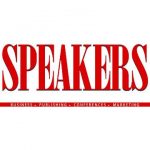 Being a guest expert provides you the opportunity to get in front of millions of people, share your message/mission, show them how you … END_OF_DOCUMENT_TOKEN_TO_BE_REPLACED

One of the best ways to attract amazing clients and customers for your business is to powerfully demonstrate your knowledge, expertise … END_OF_DOCUMENT_TOKEN_TO_BE_REPLACED 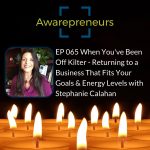 Life is filled with ups and downs. Getting off kilter can be caused by many things: health challenges, breakups/divorce, technology … END_OF_DOCUMENT_TOKEN_TO_BE_REPLACED

"She got me very clear and specific when I was filled with confusion and not sure what direction to go. It had always felt like a pipe dream or a far out dream that I could maybe achieve at some point in my life; but she actually got very concrete. I am seeing a number in my bank account that I have never seen before, I am serving four times as many clients and I'm well on my way to achieving the financial freedom that I set out to achieve..." Sonali Fiske - Leadership for Women of Color [Watch Video or Read more...]

"My sales are already surpassing any of my past records. And I am at peace with the flow of possibility. Giving myself permission to truly do business my way, has had phenomenal results for my clients. Who knew? Steph has ways of helping me see things bigger, and I look forward to our calls from a “help keep my head and heart in the right direction..." Emilie Shoop - Shoop TC [Read more...]

"Through Stephanie’s belief in me I began to claim and own my brilliance. I was able to get more done in the first three months of working with her than I had been able to do on my own the previous three years and I increased my fees (in some instances up 300%!) Often, she anticipated my needs before I did." Lisa Mallis - SystemSavvy Consulting [Read more...]

"Like many hard-driving entrepreneurs, I am filled with countless ideas. However, without clarity, those ideas can become more of a liability than an asset. In working with Stephanie Calahan, I become clear on who I was, why my work mattered, and on how I could deliver it effectively and efficiently to the marketplace.  Stephanie will encourage you to believe in yourself, in your dream; yet challenge you to become who you were created to be." Brent Kelly - VP, Executive Coach & Speaker [Read more...]

"Stephanie changed my life in one day. Through gentle, but firm inquiry she helped me realize the near-chaotic process with which I tackled every day activities. She listened, provided encouragement, prodded for understanding, and provided helpful and pertinent strategies that are still working today...Her visit occurred five years ago." Kevin Seymour - ROE Schoolworks [Read more...]

"You have just the right balance of giving me the emotional and mental space I needed to do the work and absorb the process, but also kept everything consistently moving forward. My marketing materials have never looked better, my computer systems are functional,and my business processes are better every day." Marilyn O'Connor - MAK Development [Read more...]

"Not only have I grown within myself, my business has grown, because this is one of those relationships that keeps giving. She pushes me to think in ways I’d never thought of thinking and gets me analyzing myself. Steph believed in me. Steph believes in me." Vikki Nichols-Baptiste - Could You Just and DoTERRA Essential Oils [Read more...]

"MY brain is AFIRE, sparkling with ideas on FINISHING what I've already started and expanding upon those to reach audiences that need the hope, common sense, insight and resources that only CAPITAL I can give them." Monica Vest Wheeler - Turning Empathy Into Action & Author [Read more...]

"Working with Stephanie and using the systems that she helped me implement has revolutionized my administrative operations. Stephanie was non-judgmental and patient throughout the entire process. My productivity has soared since working with her." Dr. Gabriella Caldwell-Miller, PhD, LCPC – GMC Life Solutions

"I've know Stephanie for years now. It took a moment of sheer desperation before I actually called on her for her professional skills. She started with and assessment to pinpoint where my systems were breaking down... She called it a miracle and that is exactly what it was. By the end of the day she had restored my sense of control." Joy Duling - A 25 Hour Day [Read more...]

"I can see to profit from your services. It has resulted in greater productivity, fewer errors, and a much more comfortable work environment. It can be measured in dollars and cents since I am getting more done in less time, with fewer errors and frustrations. Your plan is working because I am able to maintain what you have put into place." Linda Lambert - Lambert Designs [Read more...]

"My emotional well-being has been extremely stressed over the past few months, and the experience of working with you has given me such peace of mind, and the courage to face each new day with a positive attitude." Lynn Worthington [Read more...]

"I was drawn to Stephanie because she always seemed to be the voice of reason. Her guidance and counsel were always sound and because of her approachability, I felt very comfortable contacting her. I was able to have the confidence to raise my fees by 30% and business is booming! As I implemented and followed through on her advice and suggestions, I was amazed at the results – and it was so easy!" Adonna Braly - Professional Organizer [Read more...]